Instead of our Friday Night Welcome Concert, for the 2020 Auckland Folk Festival, we’ve been asked to organise the Saturday programme in the Barn, so what better way to do this than to turn the Barn into a day-long folk club?

With the help of some of our neighbouring acoustic music clubs, we have arranged a diverse programme for a day of traditional music and music ‘in the tradition’.

We hope you enjoy the following (Work in progress – come back for the latest update):-

10.00-10.30AM
Rafters Folk Music Club featuring Blues & More (Linda & Alistair Robinson), Old Numbers (Graham McGregor, Jim Lawless & Jennifer Howarth). Great acoustics as well as great musicians in this long standing Auckland Folk Club.
10.30-11.00AM
Katikati Folk Club with Ashley Smith, Ann Bailey, Rex Graveley, Paul Lethbridge and Di Logan.
The Katikati Folk Club has been in existence over 25 years. Katikati has the dubious claim to fame of being the only planned Irish settlement in the world. The pioneer settlers who sailed there in 1875 and 1878 were mainly from Ulster in Northern Ireland with some Scots and English as well. The history of the town is celebrated in the murals painted around the town, by holding a mural and arts festival biennially, and a ‘Songs for the Murals’ competition.
Members of the club will perform some of the songs which have been written and performed for this competition since 2011, and some Irish songs reflecting this heritage.
11.00-11.30AM
Hamilton Acoustic Music Club featuring Wilkie Mac and Rhodeworks..
They meet on the 1st Tues of each month and feature floor spots from local performers with the occasional guest; with a strong history of great singers and players and are hosts of the world famous annual HAMSTERFEST.
11.30-12.00PM
The Barebones Acoustic Folk Club featuring Al & Beverly Young, Nick Johnston & Clare Senior.
12.00-12.45PM 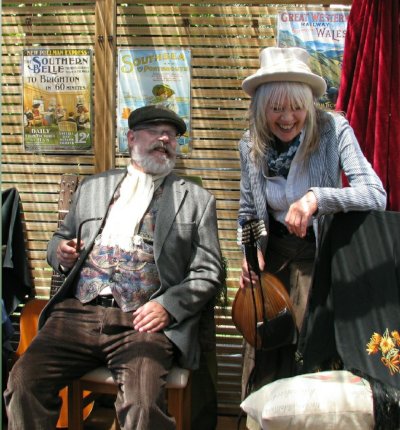 Celtic Ferret are Ian Bartlett and Jean Reid, two finer traddy musicians can’t be found.
4.00-5.30PM
The Tradition Bearer Session – unaccompanied un-amplified singing, participation rather than performance; the way that many of the songs of the oral tradition have been passed down over the centuries.
​Tradition is the passing on of fire, not the worship of ashes – Gustav Mahler
6.00-7.30PM
NZ Song Come-all-Ye, hosted by Chris Priestley.
11.00PM-early
Homebrew & Drinking Songs Session hosted by Lew Black, Alex McClennan and John McGowan, a Come-All-Ye Singing Session based on the tradition of chorus songs and group involvement.
Open to people who wish to lead a song and those who love singing their hearts out in the chorus. A great way to learn folk songs and a highlight for people who enjoy listening to choral singing.
Only participants 18 years plus may whet their singing voices with a libation.

to receive our (usually) monthly newsletter.